"Were he still alive today, Lester Young would have turned 110 this past Tuesday. One of the great tenor saxophonists and innovators of jazz, he was known as “the President” or “Prez.” Or, “Pork Pie Hat,” because that’s the kind of thinking cap he rocked. He killed it with the Basie band, driving the dancers and the jazz heads crazy. His tone was a little thin, but his inventiveness was limitless. He could take two choruses or 18; the ideas just kept coming. He held the horn crooked, jutting out sideways. And yet … there is often a tragic tinge to these jazz geniuses. Prez was drafted into the Army in ’45 or ’46. Though a fluent jive talker, he was by temperament soft-spoken, gentle and introverted. He wasn’t suited to Army life. Caught with weed in his locker, or who knows what all happened, he was dishonorably discharged. The experience seemed to have scarred him, and selon les éminences grises, his music didn’t regain its earlier spark.

Charlie “Mockingbird” Parker, were he alive today, would have turned 99 this past Thursday. As an alto saxophonist and bandleader, he was perhaps jazz’s greatest revolutionary. His fingers moved over the keys like Kansas City lightning. His harmonic sense was nuanced and he was, briefly at least, a musical superstar (around the time of the Charlie Parker with Strings album). Asked what was his best on wax, he replied, “my best is not yet on wax.” And yet… he had a hard time keeping his appetites in check; didn’t make it to 35. The doctor who examined his corpse estimated his age to be between 50 and 60. Poor old Yardbird-a-Rooney.

The good news is that Prez and bird live. I’ll be spinning the discs of these two titans, along with other selections for your dining and dancing pleasure on this little show of mine, Catamount Community Radio. You can listen at 90.5 FM, and the show will be streamlining at wwcufm.com. 10-12 Sunday morning, coming down."

Dandy and Mary Ellen tie once again on the cover contest

1. Those Darn Accordions do "Low Rider." Whose tune? - War's

3. "Wichita Lineman" performed by its writer 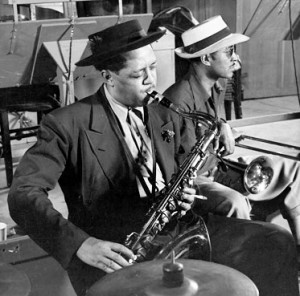 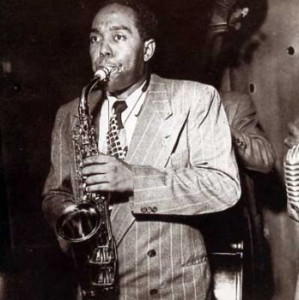