"I was listening to TV the other evening, more to the ads than to the shows, because I was interested in their rhetorical strategies. I didn’t get very far, but one thing I picked up on is the “most people believe that…” schtick. It goes like this: “Most people believe that X blah blah. Most people believe that Y blah blah. And most people also believe that Z blah blah. But the fact is that ¡ can help you with X, Y, and Z! blah blah.” This is very postmodern, this business of watching the ads and ignoring the shows, and the ensuing ennui and enervation cannot, or at least should not, be discounted. The Greeks called it abulia (βουλή). But Greek abulia couldn’t truly aspire to the status of the postmodern malaise of which we are currently victims. The Greeks didn’t have smart phones. Most people believe we are enveloped in a postmodern malaise. Most people believe that romance can fulfill you, give your life meaning, and provide you with contentment well into your golden years. Most people believe that radio is full of ads, cuteness, and REO Speedwagon oldies…. Fortunately, Catamount Community Radio is your antidote! It is clinically proven to be effective against heartbreak, inane radio, and post-modern ennui! And it’s FREE! I’m not going to ask you to donate so that you can get some hemp-hewn tote bag, or a chance to win a Volvo. And there are no ads. Sunday mornings, 10-12 at 90.5 FM, and streaming from Cullowhee right into your parlor at wwcufm.com. Oh yeah, that and a cover contest. We’ll see if Mary Ellen can defend."

Mary Ellen and Dandy tie on the cover contest. One of these Sundays Chris is going to join the upper echelon.

a) who is covering? - Nick Lowe
b) whose tune - Johnny Rivers'

a) who is covering? - Cassandra Wilson
b) whose tune? - Joni Mitchell's

3. "It's All in the Game" - This is an interesting one. The music, "Melody in A Major" was written by Charles G. Dawes, back in 1911. He was later Calvin Coolidge's vice president and also won a Nobel Prize. The lyrics were composed in 1951 by Carl Sigman and the tune was a hit in 1958 for Tommy Edwards. W heard Keith Jarrett lay it on the 88s.

a) performed by - Johnny Cash
b) written by - Nick Lowe 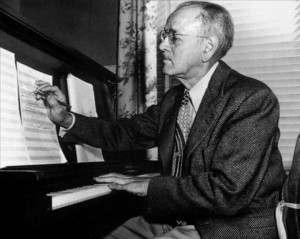